We recently supplied a solar PV system to the Centre for Shellfish Research (CSR) in Deep Bay. Their new photovoltaic system has been installed on their Floating Upweller System (Flupsy). A Flupsy is the field version of a standard shellfish hatchery upweller, and provides greater sustainability for the shellfish industry via integration of renewable energy sources, reduced environmental risk and operational costs. 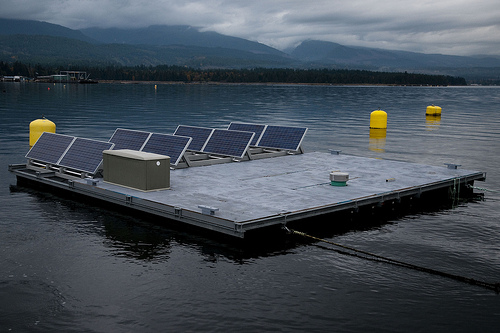 In British Columbia, FLUPSYs are typically large, centralized and require inputs of electricity, usually from generators for pumping. For new native species development, this presents a variety of challenges which restrict development. For the last several years, the CSR has been following emerging technological developments on the east coast of North America that may address shellfish nursery limitations including solar powered FLUPSY technology.

Terratek provided the solar FLUPSY project with eight 170watt PV panels at 24V each. For a detailed analysis of their project, you can read updates  here. 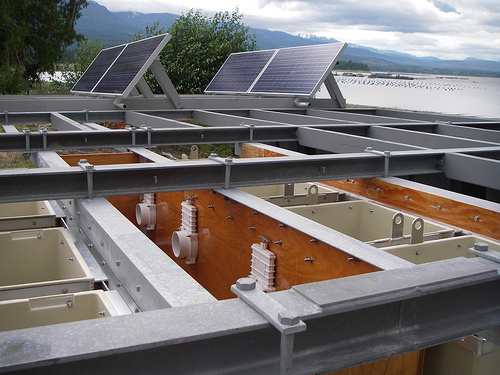 Find out more with a FREE Consultation.